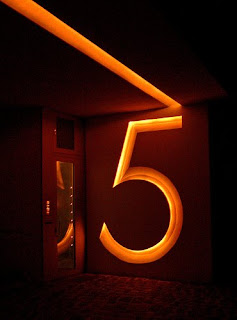 About a week ago, I read a post @ Sophisticated Dorkiness, where Kim was “being interviewed” by a fellow blogger, who had mailed five different questions. Kim offered to “interview” those of us who wanted it, and I signed up at once. I just got my set of questions for the interview – thanks Kim – and below I will do my best to answer them.

1. If you could go to visit time in history, what time would you want to go to?
This is actually hard. Of course it would be fun and interesting to visit Egypt sometime around 1200 BCE, but I have also often wanted to visit Ancient Rome and Medieval Europe. For Ancient Rome I would wish to be transported back to around year 0. Augustus was the emperor and things were definitely happening in many places around that time. That would be interesting to see. I have always had a thing for “Medievalness”. I just adore that dark, dank, plague-ridden period and would really like to see Copenhagen – my home city – through a Medieval person’s eyes. We still have ruins and “leftovers” in the inner city from the late Medieval period, and it is so interesting!
2. Do you do anything differently when you blog in Danish as opposed to when you blog in English?
In the beginning, I did the same at both blogs. I could review a Danish book only at the Danish blog if that book was not translated to English, but other than that, they blogs were the same. There are not that many serious book-bloggers having Danish book-blogs and after a few months, I sort of got annoyed with the lack of comments and interaction on the Danish blog, so I have skipped doing any memes, Egyptology Weekends and so on in Danish. The book reviews I do both places. I feel okay comfortable blogging in English, although there are things which are much easier to express in Danish, but I would wish for more active Danish book-bloggers. I am down to visiting a few Danish book-blogs myself, but fortunately they are all of a high quality and run by interesting people, whom I have enjoyed meeting in “blog-land”.
3. What is one book on Egyptology that you think every person should read?
Ack. That is a tough one. First of all, it really depends what the person’s interests are. Are they about general history? Pharaonic art? Burial customs? Perhaps a certain period? Let me turn the question around and ask: what is one book I think every person who wish to become an egyptologist should read? That makes it a little easier, as the one thing every egyptologist must learn is how to read the hieroglyphs. Without the knowledge of reading what them old folks actually wrote, we are not able to understand anything at all. So learning to read is the basic of all Egyptology-studies. In recent years, there has been made quite an amount of new textbooks, but the textbook every student comes across is a classic and a standard work. First edition was published in 1924 and it is still being re-published. It called: Egyptian Grammar and it is by Sir Alan Gardiner (long dead). That book is the base. And I’ve cried many salty tears getting through it. Its not that much fun, but the reward is, that after finishing it, you can read hieroglyhps! Click on the link to see the book on Amazon.
4. If you could only read one author for the next year, what author would you choose? Why?
This is also a tough one. I am tempted to say something like Stephen King, because he has written so many books that I haven’t read, so there would be enough to keep me occupied for some months. It has been sometime since I was a King-fan and I haven’t read any of his newer works. Many of the authors I read these days has only written a couple of books, and that is not enough for a whole year! But I still haven’t read all of Paul Auster’s books either, and as he is definitely one of my fave authors, I think it would be him I would choose.
5. What is your favorite thing about keeping a books blog?
Definitely meeting other (book-) bloggers, reading their blogs, sharing ideas, writing posts which people are actually commenting on, messing around with blog-designs, finding new “assingments” and much more. And it is always fun to review a book and then have people coming by saying how they liked/disliked the same work. I really think it is great fun. It is also a way for me to write, since I am interested in journalism and writing myself.
Thanks again to Kim for this interview!
The image is from the flickr-user svenwerk and it is called 5.
Interview