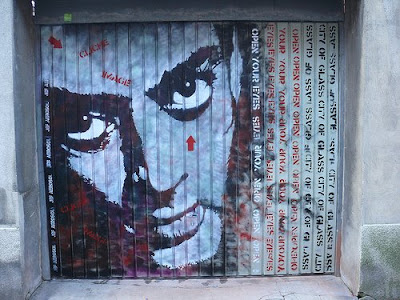 As part of the Blog Improvement Project, I made a little poll. My question was: Do you like Paul Auster’s books?

One person replied they really liked his works
Two persons replied they liked some of his works
And a staggering 14 persons replied Paul who?
Kim from Sophisticated Dorkiness suggested that I made a post about Paul Auster since so many don’t know him, and that is something I plan to do very soon. He is one of my favorite authors and an important one at that as well, and while I certainly agree that he is not for all, I still think he has written a couple of works which, in time, will be considered modern classics. Anyway, more about that later!
Thanks for joining my little experiment. I will definitely make more polls. Its fun.
The image is from flickr, taken by Jef Aérosol and the title is “Paul Auster”.
Chit chat, Polls