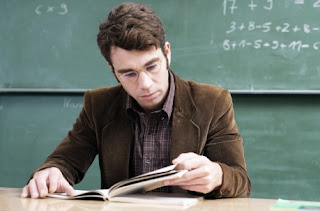 Speed-Lit? According to politiken.dk (website of large, Danish daily paper) a library in the city of Odense (larger city in Denmark) will be hosting a speed-lit party on February 26.

Speed-lit is a variation over the well-known concept of speed-dating where you need to impress the other person in a few minutes. Speed-lit is the same, but here you bring a book with you and if the person you speed-date likes you, then the ground has been laid for something more. If not, perhaps they like the book you brought, so if nothing else, speed-lit may be a place to go for book recommendations?!
I’m not single, so I am not going to try it (and Odense is too far away), but the article says that the concept of dating and literature has been a succes in Australia and Belgium. And why not? I think it is a good idea, but apart from the book, its not much different from “regular” speed dating, is it?
————————————————————
This is the second post in the Blog Improvement Project which will run for the next 14 days. Image is by photographer Ragnar Schmuck and is from politiken.dk’s website.
Blog Improvement Project